Use your current location
Recent 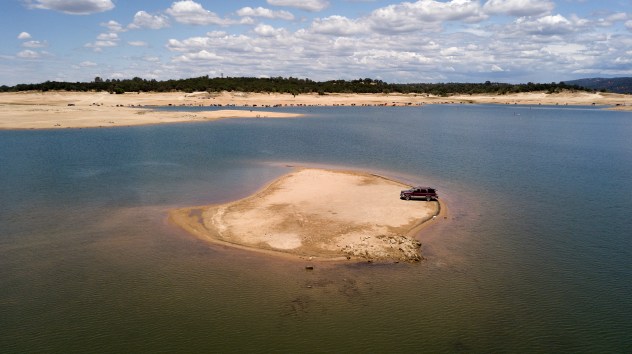 Receding waters at the drought-stricken Folsom Lake in Granite Bay, Calif., Saturday, May 22, 2021 reveal a new strip of land. California Gov. Gavin Newsom has declared a drought emergency for most of the state. (AP Photo/Josh Edelson)

An underwater sonar company testing its equipment at Folsom Lake, outside Sacramento, California, made a shocking discovery: the remains of a mostly intact plane gently resting on the lakebed.

After an investigation conducted by the Placer County Sheriff's Office, dive teams concluded that the plane was from a 1986 crash. 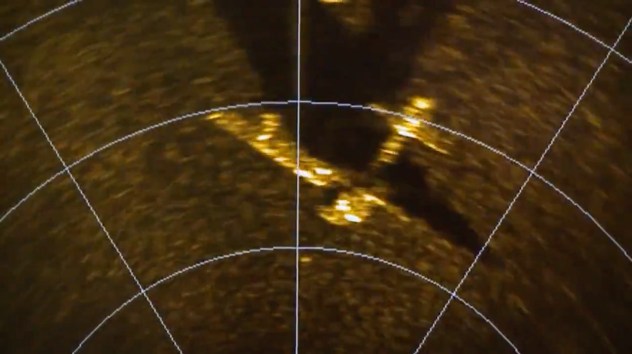 At first, the Seafloor Systems employees who discovered the plane believed it matched the description of a plane that crashed on New Year's Day in 1965 with a pilot and three passengers aboard. The body of the pilot was recovered, but the three passengers were never found.

That plane remains lost, with the Placer County Sheriff's Office urging people not to look for it.

"The relatives of the deceased from the 1965 plane crash do not wish for others to search for the plane or remains," the sheriff's office said in a statement. "They would like the final resting place for their family to remain at the bottom of Folsom Lake."

The surprising discovery, made at one of the deepest parts of the lake, would not have been possible if Folsom Lake (like many other California lakes and reservoirs) was not drying out due to a persistent and dangerous drought. 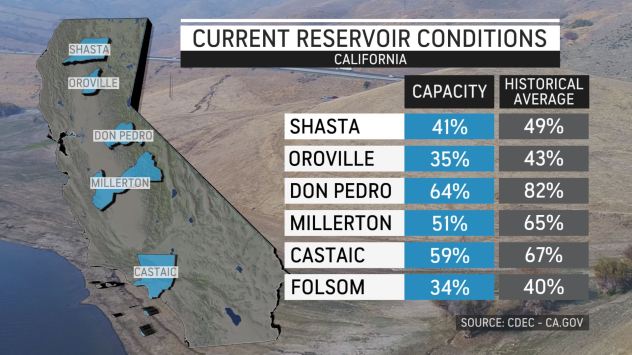 Folsom Lake is currently at 38% of its total capacity, and other major reservoirs across California are also at extremely low levels. Some of California's largest reservoirs, including Lake Oroville and Shasta Lake, are below their average capacity for this time of year.

AccuWeather National Reporter Bill Wadell earlier this month reported from Lake Oroville on the worsening situation at California's second-largest reservoir and the concern taking root among residents there.

In a statement given to AccuWeather, the Placer County Sheriff's Office said the newly-discovered plane wreck will not be recovered.

Keep checking back on AccuWeather.com and stay tuned to the AccuWeather Network on DirecTV, Frontier, Spectrum, FuboTV, Philo, and Verizon Fios.

Report a Typo
Comments that don't add to the conversation may be automatically or manually removed by Facebook or AccuWeather. Profanity, personal attacks, and spam will not be tolerated.
Comments
Hide Comments

Did you see those cool outfits Team USA wore at the opening ceremony?

Smoke from western wildfires settles in over NYC

Get AccuWeather alerts as they happen with our browser notifications.

Thanks! We’ll keep you informed.